When Did the Bible Stop Telling Us Stories? 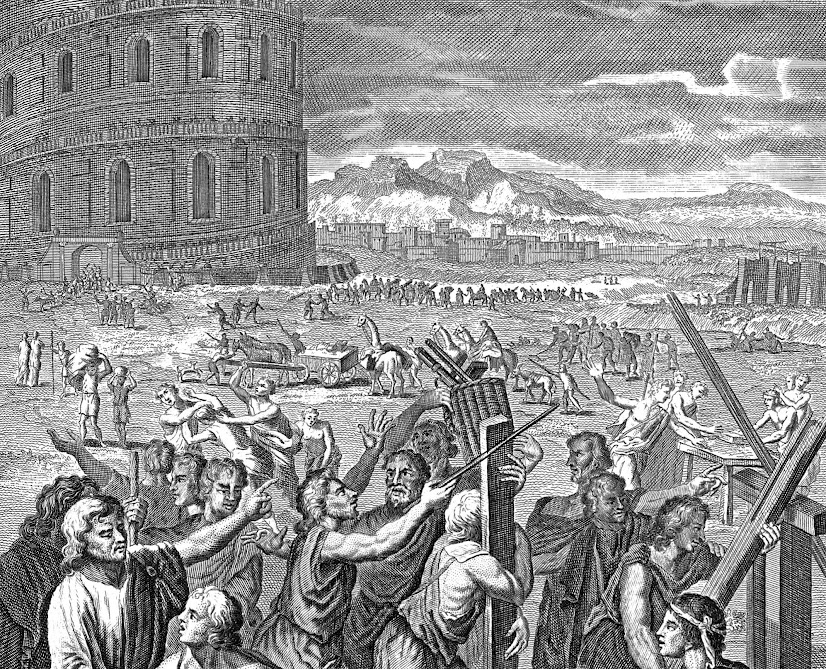 The Tower of Babel lesson portrayed by this picture seems to be: "When you can't understand what someone is saying . . . hit them with a stick."

You may have heard pro-lifers make the point that if you don't accept life beginning at conception, then there is no other really obvious place to put the line. Does a "blob of protoplasm" become a "life" at 3 months? At the first noticed heartbeat? At viability? At birth?

I suggest now that we take that same line of thinking into the question of Church history v. Church mythology. As someone who believes in a seven day creation about 6000 years ago, I ask naysayers when we switched over from myth to history.

I was trying to figure out the point in the chronology of Bible stories where in an evolutionary view of the universe we start calling stuff that happened in the Bible "history" instead of "myth." Here is a rough list of Old Testament events and my guess at where the line gets drawn.

Enoch taken up to heaven without dying?
Whoops! Chronologically this happens here but this might be considered history.


Sodom and Gomorrah
Whoops! This goes here chronologically but because it is the source of a lot of anti-homosexual talk, it is often discarded as myth.

I am neither a historian nor a theologian and cannot tell you what is causing the difference of belief before and after the break. Where is it indicated in the New Testament? Those earliest stories are not treated differently when referenced by Our Lord and the apostles. Why do we believe in David but not in Noah?

I would like to hear comments on this. Did I put the line in the right place?

Thank you for listening to another of my creationist tirades.