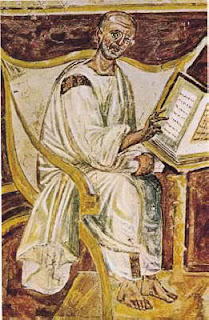 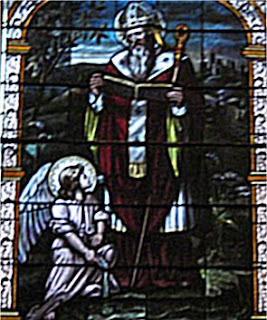 
I recently finished reading Nurture Shock by Po Bronson and Ashley Merryman, which is a good read if you are into child psychology and you want someone to tell you that a large percentage of what you already know -- is now scientifically proven to be untrue.

I learned as a college psychology major never to trust a research psychologist. They give you pencils without erasers, lie to you about what they are studying and do unspeakable things to lab rats.


All these memories came back to me as I read about some first grade teachers, with clipboard-holding psychologists looking on, who read a book called Twas the Night B'fore Christmas, by Melodye Rosales to their students (black, white and self-proclaimed "hillbillies").


In this book, Santa Claus is drawn as a black man. The psychologists took notes while the children's brains expanded/exploded. They had seen a white Santa at KMart and struggled to reason how this could be. Were there really two Santas? Was one a fake? Did one deliver gifts to children of one race and the other to the other?

Interestingly, just a day or two after reading that, my family attended Mass at St. Cecilia's Catholic Church in Wisconsin Dells, WI. As I was photographing their beautiful stained glass windows, the priest chatted with us about them and asked if we had spotted the historical inaccuracy in the St. Augustine window.

The correct answer turned out to be that St. Augustine had Caucasian skin even though he was from Africa. Soon a new church building is going to be built and the window will be changed to reflect a more accurate view of his ethnicity. The window was going to be "repaired".

Am I a bigot to be uncomfortable with these things? I hope not. Maybe I'm just a conservative that doesn't like change. The top picture, above, is the earliest known portrait of St. Augustine (6th century). Below that is my blurry (sorry) picture of the St. Augustine window at St. Cecilia's. Red suit, white beard -- wait, he reminds me of someone!